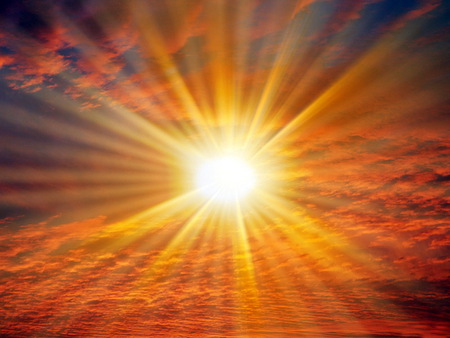 Shosana couldn’t breathe, the air was so thin this high up, and his hand was still around her neck. She felt so mortal, so weak in the face of the power he had just displayed and she felt herself passing out, but she held onto her consciousness by sheer force of will, she wouldn’t pass out before she actually died.

“Do it. I’m going to die anyway!” She gritted out.

Again surprise on his face, followed by confusion and she felt a moment of darkness before they were back in her room.

“Release her,” a voice from the door said.

Shosana was released so fast that she barely had time to find her footing and almost ended up toppling over.

To her complete surprise she saw Seth drop to his knees as he turned his head to the left. Shosana followed his gaze and saw nine individuals cloaked in darkness. Darkness was the only word she could think of because like the sun she couldn’t seem to make direct eye contact with them. The power they wore like a second skin was too much for her mortal eyes to bear; even the higher angel was having trouble keeping his gaze on them. Shosana felt her knees buckle of their own accord as though her body knew she was in the presence of true power.

The nine made their way forward.

‘Archangels,’ Shosana thought to herself, oddly she didn’t feel afraid, despite the power radiating off the nine in waves, she could only stare in wonderment as she watched the Archangels advance.

Shosana mouth dropped open as one of the archangels took a step forward separating from the group slightly. A hood lowered seemingly by magic and the face that was revealed had Shosana taking a step forward even as she gasped.

“My daughter,” the Archangel who had the same strange shade of violet eyes that Shosana had clearly inherited said and she reached out a hand, but before she could close the distance the other archangels surrounded the woman again.

Shosana looked for her mother in the group unable to differentiate one from the other.

“You may live Shosana, half-breed angel, daughter of one of the nine.” The Archangels said as one, then they turned to Seth, who gained his feet in one fluid motion. “Higher Angel Seth, you are charged with training Shosana.”

“The nine have spoken,” The Archangels said as one.

“So their will shall be carried out,” Seth replied quietly inclining his head.

Before Shosana could voice a complaint the Archangels disappeared. She stood rooted to the spot until Seth walked forward.

He stared at her for a long moment then nodded towards the door before walking out.